Christie’s is marking its 20th year of modern and contemporary Indian art sales with an auction led by the recently discovered self-portrait of Amrita Sher-Gil. 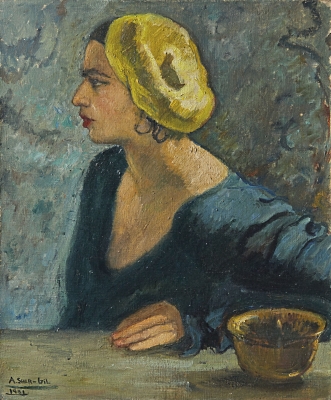 Christie’s conducts annually around 450 auctions in over 80 categories, which range from fine and decorative arts to jewellery, photographs, collectibles, wines and more. Twenty years ago the auction house began sale of modern and contemporary Indian art. Commemorating the anniversary is their South Asian Modern and Contemporary Art sale slated to take place on 10th June, 2015 in London. The highlight of the sale will be the recently discovered self-portrait of Amrita Sher-Gil, painted by the artist in 1931, when she was 18 years old and lived in Paris. The sale will also draw attention to important artistic movements that took place in the subcontinent over the period of a century. Interestingly, majority of the works to be offered are derived from private collections and have been away from the public eye since decades. The 76 lots to go on sale on 10th June will be available for public view from 5 June until the sale.

A painting by M.F. Husain for the for the Venice Biennale held in 1956

Among the important artworks in the sale will be a monumental canvas painted by Maqbool Fida Husain (1913-2011), for the Venice Biennale held in 1956. The painting has been in private hands in Italy since many years. It belongs to a time when Husain explored the forming iconographies of newly independent India, including the Modernist idiom of pastoral idylls. Using the wide vignette format, Husain had created a storyboard for India of the 1950s. Where on one hand the work celebrates the country’s glorious past, it also has empty spaces left to depict the unseen future awaiting the nation. It is estimated to sell between $12,00,000-14,00,000. 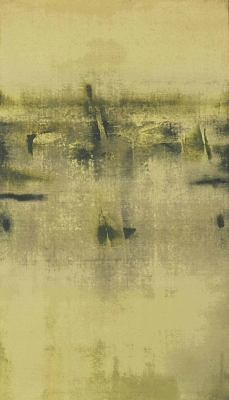 Also at the Christie’s sale will be a painting by Vasudeo S. Gaitonde (1924-2001), which was created in 1970 and has remained in the same hands since its purchase in 1971. Famous for his use of paint roller and the palette knife, Gaitonde’s art was recently the focus of a prestigious retrospective exhibition at the Solomon R. Guggenheim Museum in New York. This richly contemplative work is estimated to fetch between $9,45,000-12,60,000.

Haute Provenance by Syed Haider Raza (B. 1922) is another artwork coming up for an auction for the first time. From the collection of a Private American collector, the painting was purchased by his family from a gallery in Palo Alto, California in the early 1960s. One of the founders of the Progressive Artists’ Group, Raza displays his incredible talent of creating form through colour in Haute Provenance. It is estimated to sell for $4,40,000-6,30,000. 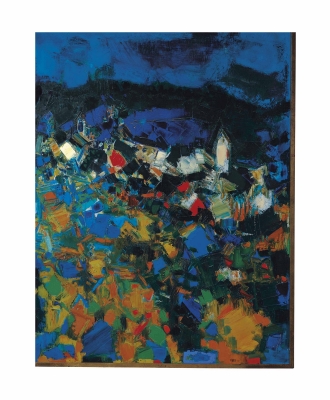 The sale will take place on 10th June at 2.30pm. If you would like to purchase any of the works, you can read all about how to bid at the auction from here.