The famous auction house will be in Mumbai to oversee their third India Sale, which will for the first time include classical Indian art. 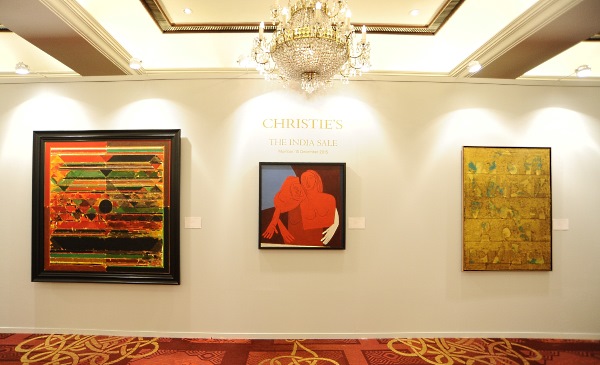 Christie’s New York auction of Modern and Contemporary South Asian Art this September set a world record for a modern Indian work of art sold at an auction. Francis Newton Souza’s Birth sold for $4,085,000. Christie’s is following the successful auction with its third India Sale on 15 December at the Taj Mahal Palace Hotel, Mumbai.

Sourced from important private and corporate collections, the auction will comprise a total of 100 works. A selection of highlights was on public display in New Delhi at the Taj Mahal Hotel, prior to being returned to Mumbai for the sale. The catalogue also features works by artists such as Nandalal Bose, Abanindranath Tagore and Gaganendranath Tagore. All three have been declared ’National Treasure’ artists and their work cannot be exported from India. These aren’t the only restricted pieces. Due to their age, none of the works in the Classical Indian Art section may be exported either.

Included for the first time by Christie’s, the Classical Indian Art section of the sale features a series of miniature paintings that comes directly from the ancestral collections of the Maharajas of Bikaner. The pieces are elegant depictions of Bikaner in its golden age. Well preserved by the dry desert air, the miniatures show holy scenes, palace life, fanciful depictions of Europeans, and the direct influence of Golconda in the Deccan. Estimates for the miniatures range from INR 2,00,000-12,00,000. One of the signature pieces offered in the classical section is a 10th century buff sandstone figure Ganesha from Madhya Pradesh. The elephant-headed deity is depicted with joyful elegance and agility and is amongst the finest of its type. It is estimated at INR 60,00,000-70,00,000. 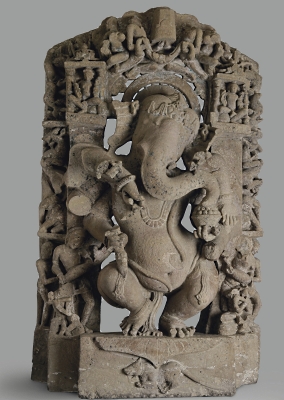 Sandstone figure of Ganesha from the 10th century

“Christie’s commitment to India has grown over the past three years and the offering of Classical Indian Art for the first time in India is part of this development plan. It will allow us to engage and advise and bring our experience and professionalism to this additional segment of the art market in India,” stated William Robinson, International Head of World Art.

To learn more or to join the bidding, please click here.