Absolut goes back to the first painting that started the Swedish brand’s association with art, and presents it in a special limited edition bottle. 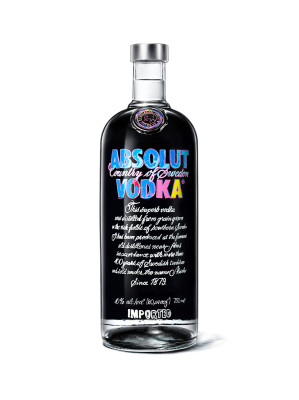 The Andy Warhol Edition by Absolut

In 1986, artist Andy Warhol created an original artwork for Absolut saying, “I love the bottle, I want to do something…” This became the first of many works – by famous artists like Keith Haring, Damien Hirst, Louise Bourgeois and Annie Liebovitz – to be used in Absolut’s ad campaigns. The Absolut Art Collection is today stored at the Spritmuseum in Stockholm, but thanks to a new bottle by Asolut, you can now take home the iconic artwork that started it all. Absolut has replicated Andy Warhol’s original Absolut painting on limited edition bottles, which are now available across local retailers.

“Andy Warhol was enthralled by the artfulness of the Absolut bottle. He painted it and then he introduced Keith Haring who did the second art ad for Absolut. Warhol infused our brand with creativity, and laid the foundation for our fruitful collaboration with the art world. With this limited edition, we raise our glasses to honour the partnership between Absolut and Andy Warhol – a collaboration that kick-started our longstanding commitment to art and creativity. The original Absolut Warhol painting hangs firmly in a museum but this bottle brings Andy Warhol’s artwork to the world,” said Nodjame Fouad, Director of Storytelling at Absolut.

A portion of the proceeds from sales of The Andy Warhol Edition will be contributed to The Andy Warhol Foundation, which has so far distributed nearly $250m in grants supporting contemporary visual arts.