On the momentous occasion of completing 40 years in the industry, J. Inder Singh Kalra aka Jiggs Kalra – the author, columnist, gastronome, food consultant and restaurateur – shared with Anu Gulmohar anecdotes and reflections on his long illustrious career. 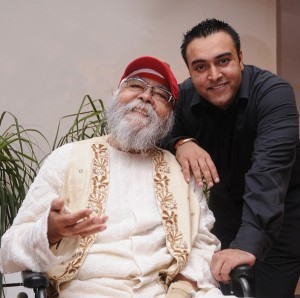 Jiggs Kalra with his son Zorawar

Jiggs Kalra is a familiar name among India’s foodies. Some know him as a food columnist and author of best-selling books like Prashad, while some remember him from his television shows on Doordarshan, and many more today associate his name with restaurants like Punjab Grill and Made in Punjab. He serves as Mentor for four of the restaurants under Massive Restaurants Pvt. Ltd., a company spearheaded by his son Zorawar Kalra and launched in partnership with Mirah Hospitality. It’s been forty years since Jiggs Kalra joined the industry, and this milestone was recently celebrated with a party at their restaurant Masala Library.

I got the chance to sit down with Jiggs Kalra and hear him reminisce of his career and the days gone by. He was relishing the memories of the 70s when I joined him at the table. “I used to devour a book a day in the mid 70s,” said Jiggs. “I was among a team of about 20 young Times of India trainees. We got this strange salary of Rs. 449. When Khushwant (Singh) heard about it, he was very angry. He recommended increments of Rs. 1,000 in one go. Times of course would have none of that. So we got stuck at about Rs. 1,000. When I had told Khushwant my salary, he’d said ‘What lies, Jiggs, you couldn’t be living on that kind of money in Bombay. You’re in the Sea Lounge every afternoon!’ I’d said, ‘Yes, boss, I go there every evening to have the one ice cream I care for.’ It was a mocha ice cream. I think they’ve stopped making it. Try to find out. If you can find a table where you can see all the boats and the water, we used to have to fight for that, my flat mate and I….”

“Some of the top chefs today, I’ve built up with my columns. So much so that the top brass in a 5-star hotel had told me not to push these guys too much else somebody will steal them from us! I’d told them that that’s your business, not mine. If I feel something is worth writing about, I definitely write about it. 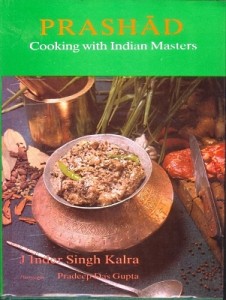 Jiggs Kalra has hosted many national and international food based TV shows and also authored 11 books on Indian cuisine. Among the books is Prashad, considered ‘the bible’ for chefs of today and is part of the curriculum at many hospitality management institutions in India. It also happens to be the book Jiggs is most proud of. “Prashad has now gone into 44th reprint. It’s the one book a mother-in-law gives to her daughter-in-law and to her daughter. My younger son Ajeet’s wife cooks everything out of that book.”

So, how did a food writer become a restaurateur? “Once the Maharana of Mewar asked me to get him an F&B manager, a house keeper, a manager, etc. So, I brought all of these guys from Delhi to Udaipur. He then told me, ‘Since you’ve brought all these guys why don’t you run Shiv Niwas for one season? I’d said, ‘Sure.’” And that’s how Jiggs Kalra found himself running a restaurant. “One restaurant led to the other. Then every group wanted a piece of me rather than give me a piece of them!”

“There are so many highlights in his career,” Zorawar had said reflecting on his father’s 40 long years in the industry. “Getting recognised on an international scale, being considered one of the top food journalists, among the top restaurateurs… The fact that at one point among the top 10 grossing restaurants in the country, most of them were his…” 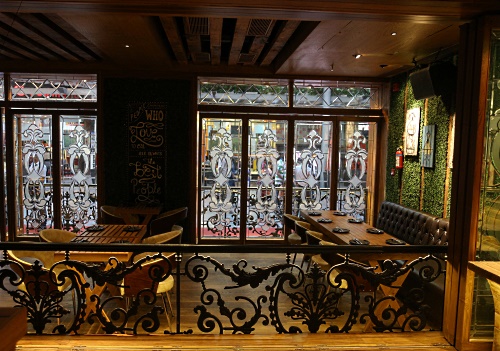 Jiggs Kalra was the first Asian to be inducted in the prestigious International Food and Beverage Gourmet Hall of Fame and has numerous awards and accolades to his credit. Throughout his career, he has endeavoured to bring to the fore various cooking styles in India. He has been behind the culinary success of numerous hotels of The Oberoi Group, ITC Hotels, The Park Group and some international properties. He has also been among the key members of many Indian diplomatic contingents serving Heads of States and royalty like Prince Charles, Princess Diana and Bill Clinton.

“Those were fun days. I was writing books and doing columns, and then I had the stroke. I had too much on my plate and I couldn’t handle it. Luckily, Zoravar and my younger brother were with me in the house at that time…,” said Jiggs.

“I needed someone to carry the baton forward for me. When Zorawar came back from the US he’d said, ‘I don’t want to work for any company, I just want to do business.’ I’d said that all I can offer you is these recipes and books, you do what you want with them. Those formed the basis of Made in Punjab, Masala Library and Farzi,” said Jiggs.

“One day I went to Made in Punjab in Delhi and then I went to Farzi. I saw that they were jam packed and people were waiting for a table. I asked somebody there how much have the two restaurants done today and he said Rs. 6 lakhs. I’d said, ‘Are you kidding me?!’ I am very proud that Zoravar has done it on his own terms, in his own way. When he started working on Punjab Grill I never interfered with his work. He has built a team that I think surpasses any Indian kitchen in this entire country, and the whole world.” 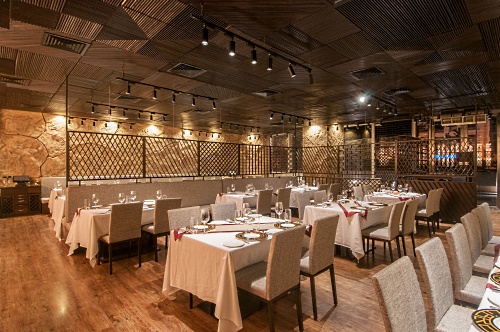 The son is equally vocal in praise of his father. “He’s recognised as one of the pioneers. He has remained relevant through the 40 years. He’s in fact become more popular now, and people recognise his efforts. We’ve been able to create some landmark properties, we’ve been able to add some value to Indian food and his personal crusade of putting Indian food on global palate is in the process of being realised,” said Zorawar. “Masala Library, hopefully, will open in New York this year. Farzi Café will open in Dubai in the next three to four months. Farzi and Made in Punjab restaurants are going to be opening all over the country. We have about 8-9 new restaurants planned this year,” shared Zorawar.

All the fanfare and monies aside, Jiggs seems most proud of his work as a writer. “I saw my columns in Hindi newspapers, Gujarati newspapers, Goan newspapers, even Arab newspapers! You wrote one column and it went into 10 different newspapers and languages. Now, that’s real success at the end of the day. What I’m still missing out among my books is Gujarati food and the Syrian Christian food of Kerala, which is very special and exquisite. You see influences of Karachi in Cochin, strange as it may sound. I want to find some Gujarati recipes, including the meaty variety. There is only this one street in Ahmadabad which has meaty fare and every night it’s chockablock….”

Jiggs’ passion for food, research and writing has clearly made him a legend in the industry. Zorawar’s business acumen has further advanced the father-son duo into the club of India’s top restaurateurs. With their eyes firmly set on taking their empire international, the Kalras are gunning to make Indian cuisine the world’s favourite.

His mentor Khushwant Singh had called him the ambassador of Indian food and undoubtedly Jiggs has earned the title. While Zorawar, definitely seems a worthy inheritor to this title…