The story of how a simple guy became a Chef, and went on to cook for Barack Obama, Nicholas Sarkozy, Vladimir Putin and many more famous people from around the world. 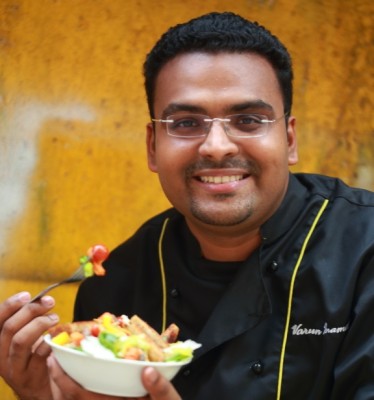 Chef Varun Inamdar began the interview with the statement, “Varun Inamdar is a very simple guy.” As he shared with me the story of his professional journey, his simplicity indeed shone through his words.

“Varun Inamdar never dreamt of being a chef. Not that it happened by chance; I’ve always dreamt of being in the kitchen. I always watched cookery shows on television; whether it was Sanjeev Kapoor or any other chef. When I was 12 years old I told my dad that I wanted to do hotel management. My dad looked at me and said, “Do you even know what Hotel management is?” I’d said that I don’t know entirely but I do know that I want to work in a hotel. I was adamant about it and he took me seriously,” shared Varun.

“Being a chef just happened as I grew in my career. The seriousness never came in even when I got through my interviews. I was a topper in my college but I still never dreamt of being a top chef. I got through Oberoi Centre of Learning and Development. I remember it was not my dream to get through, but my dad’s dream because he understood its importance more than I did. I used to love the fun and enjoyed the money at the end of the day as we used to double up as waiting staff. With the money I would buy books on food. Even at that point I never wanted to be a ‘chef’.

Initially, when you start, people call you by your first name and order you around. I used to wash dishes at this place in Bandra called Out of the Blue.  I used to go there after my college in the evening at 7 pm. I used to do all the dirty work in the kitchen and help people in cutting, chopping and cleaning up. Over the months they started giving me the work of cooking staff meals. The staff started enjoying my food, and I was happy cooking just that. I was happy that I was getting a chance to work hands-on in a kitchen, besides getting money and food. What else does one need when all of 17 years old?

Towards the third year of college, Oberoi Centre for Learning and Development interviewed us and after several rounds I reached the finale, for which we had to go to New Delhi. My dad came along with me. He was probably more tensed than I was. I enjoyed the Delhi winter and the gol gappas, chaats, Keventers milkshake… It was more of a fun food trip for me. That year they only selected 15 people in the kitchen programme and I was among them. Even then probably I didn’t understand what I’m really doing. I was just excited to get a chance to work in a hotel chain like Oberoi. We started with a stipend of Rs. 7,500 and I was very happy with it.

Being a chef is acquiring a position.  ‘Chef’ is a title you achieve through years of hard work. After working for 13 years in the industry, I am now known as Chef Varun Inamdar.”

Chef Varun Inamdar went on to work for East India Hotels Limited as an Associate Chef, Hilton Hotels Worldwide as Senior Kitchen Executive, Trident-India and Oberoi Hotels and Resorts as Senior Pastry Chef, The Royal family of Kuwait as Brand Development Manager and Executive Pastry Chef. Among the people he has served are dignitaries and personalities like the royal family of Al Sabah, Al Khalifa and Al Saud in the Arabian Gulf to Barack Obama, Nicholas Sarkozy and Vladimir Putin, to name a few.

Head of ‘The Chocolate Factory Ecuador’ 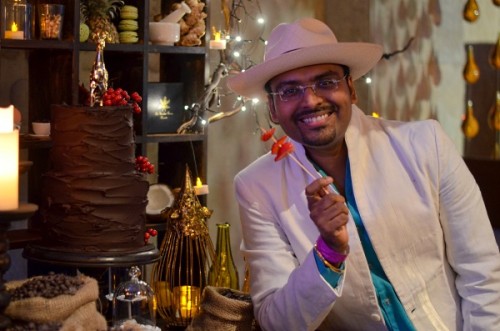 Chef Varun Inamdar, today, is perhaps the only chef in India who propagates chocolate as a luxury lifestyle ingredient in patisserie and savoury cuisines. In December 2014, he launched ‘The Chocolate Factory Ecuador.’ Its Signature Luxe Collection contains 12 chocolates in a variety of very interesting flavours.

Describing these flavours, Chef Varun Inamadar said, “These are indigenous flavours, which a common Indian man would immediately relate with. For example, strawberry and vanilla flavoured ganache. Strawberries are available all across Maharashtra; Mahabaleshwar being the hub of it. Then there is coffee. The moment you say coffee and India, the first thing that comes to your mind is filter coffee.  So that’s how the filter coffee flavour became a part of the collection. If you take orange, it is a specialty around this season. There are Nagpur oranges and you have Kashmiri saffron, and together they give Orange saffron. Every flavour individually has some connect with either a territory or features nuances of some indigenous ingredients. The chilli used is not a regular chilli. Most people use the chilli powder straight from the kitchen shelf. But we have gone all out of our way and sourced Guntur chillies, which are a specialty of Andhra Pradesh. Chilli combined with the chocolate gives the chocolate a subtle spicy flavour. We tried different flavours and experimented with them for almost six months. They are all natural flavours and have no essences.” 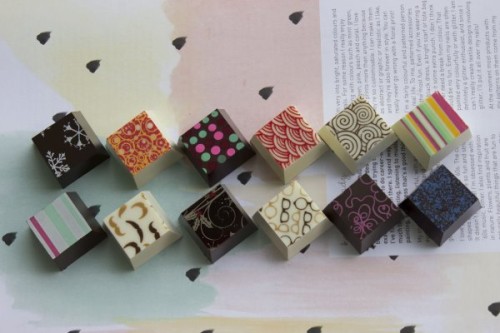 “The chocolate comes from Ecuador, which is numero uno in the world of chocolate. When you hear of Swiss chocolates, German and Belgium chocolates; they are not chocolates from these areas because there are no cocoa farms there backing these brands. We have tied up at the source, from Ecuador. The biggest endorsement in the whole thing is that the product is stamped by the Government of Ecuador. That is something no chocolatier in India has ever achieved,” said Chef Inamdar.

Simple and straight forward, Chef Varun Inamdar has drifted along, enjoying his journey to eventually becoming a chef and having his own brand of luxury chocolates. However reluctant he may have been to acquire the title of a Chef, it sure seems fated for him to playfully make his place in the best kitchens of the world.