Dive back in time and experience pearl hunting, which sustained the people of Persian Gulf before they found oil. 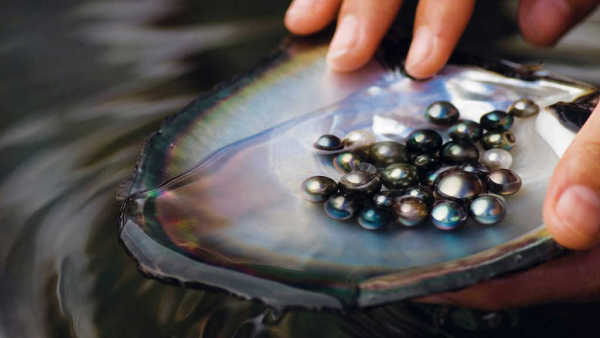 Beautiful and rare, natural pearls have always been highly valued. Until the beginning of the 20th century, pearls could only be found by diving into the ocean/lake/river and manually gathering pearl oysters or mussels. Once brought to the surface, they were opened and their tissues were searched for pearls. Several gorgeous pearls have been found in the ocean beds, with the majority coming from the waters of Persian Gulf and Japan. Pearl diving has now largely been supplanted by cultured pearl farms, which produce billions of pearls annually and have allowed the once almost depleted pearl beds to thrive again. What’s better, the Persian Gulf countries, which before finding oil had depended on pearling for their sustenance, are now reviving their ancient cultural legacy of pearl hunting for tourists.

Four Seasons Hotel Bahrain Bay is one hotel that can arrange your pearl-diving experience. Their Chief Concierge will personally arrange the dive for you. Jumeirah Hotels & Resorts in Dubai also organises pearl hunting trips for their guests. In an effort to truly take guests back to the time when pearl diving was their way of life, they invite people to dress in traditional clothing, board an authentic dhow boat from the shores of Jebel Ali and learn original pearl diving methods of collecting oysters in the shallow waters of the Gulf.

Any pearls you find during such diving sessions are yours to keep. Who knows, you might discover a valuable pearl and make a profit from your pearl-hunting experience!