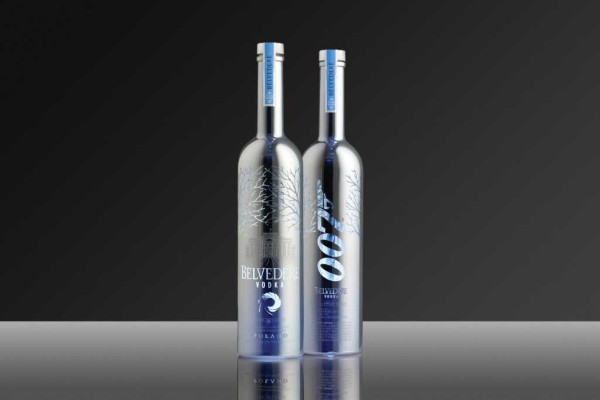 Recently, the title of the 24th James Bond adventure was announced to the public. Named Spectre, it is being produced by Albert R. Broccoli’s EON Productions, Metro-Goldwyn-Mayer Studios, and Sony Pictures Entertainment. Directed by Sam Mendes, it stars Daniel Craig, who returns for his fourth film as Ian Fleming’s James Bond 007. Alongside another interesting announcement has been made: Belvedere, the luxury vodka brand, is partnering with the 24th Bond adventure to create two custom made limited editions – 007 Silver Sabre and the white MI6 – that celebrate Bond’s vodka martini ‘Shaken not Stirred.’

These collector’s edition of 100 bottles will feature the famous MI6 headquarters in place of the iconic Belvedere Palace. Belvedere’s signature blue palette is being switched with a distinctive green, a nod to the secret spy agency’s ink of choice. Lastly, a 007 twist is being applied to Belvedere’s Silver Saber bottles that are known for their cutting edge, metallic aesthetic and illuminating technology. 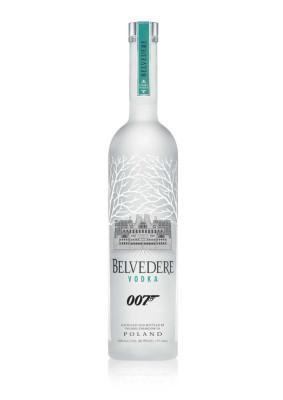 Famous for his discerning taste, James Bond ordered his vodka dry martini for the first time in the novel Dr. No (published in 1958). When confronted with the eponymous villain for the first time, Bond knew what he wanted: “I would like a medium Vodka dry Martini – with a slice of lemon peel. Shaken and not stirred please. I would prefer Russian or Polish vodka.” It was also his first cinematic drink, when in Dr. No (1962), on assignment in Jamaica, a white-jacketed steward in his hotel room offered him, “One medium dry Vodka Martini, mixed like you said Sir, and not stirred.” So insistent has Bond always been that his vodka martini is “shaken not stirred” that the phrase has entered the lexicon, and in 2005 was selected as among the 100 most famous lines in films.

Spectre will see Bond heading out on the trail of a cryptic message from his past to uncover a sinister organisation. Meanwhile, M will be battling political forces to keep the secret service alive. Bond will peel away layers of deceit to reveal the terrible truth behind Spectre.

The film is slated to release on 6th November 2015. Look out for the Belvedere collector’s edition of 100 bottles nearer to the film’s release date.