LifeSpice talks to Jessie and James about their journey from high-end fashion to parenthood and starting their own designer clothing brand for children. 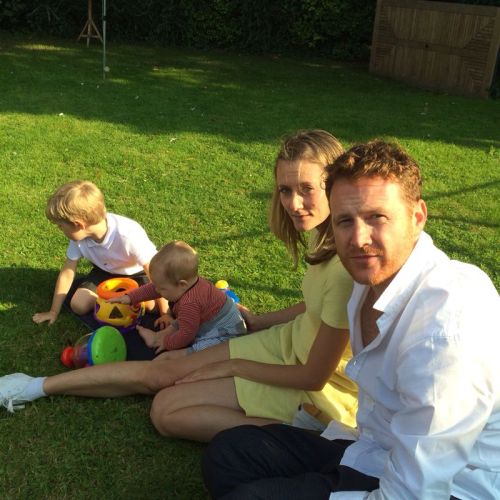 Designers Jessie and James with their children

After both gained degrees in fashion, Jessie and James first met while working at the Vivienne Westwood Studios in Battersea, London. Originally from Germany, Jessie was taught by Vivienne at the Berlin University of Arts and asked to work with her closely as creative head pattern-cutter on the ‘Gold Label’ collection. James, originally from Emsworth in Hampshire, was first spotted by Vivienne following a menswear show at the London Graduate Fashion Week. He turned down a place at the Royal College of Art London to join her team, working on the Japanese ‘Man’ license in Tokyo and the ‘Man Collections’ in London and Milan.

Jessie said: “Working with Vivienne was absolutely fantastic, as she has a really unique and unusual way of cutting clothes and draping fabrics. We both learnt so much there and it was an honour to get experience from such a legend in the fashion industry.”

Needless to say that love blossomed, Jessie and James married and soon after welcomed their son Billy into the world. From their flat located in edgy Lordship Lane London, Jessie began to design clothes for Billy and the first ‘tip-toe trouser’ was handmade at home. Next came their signature ‘T-squared’ t-shirt and then a jumpsuit. This developed into a small collection for boys and girls and the Jessie and James brand was born.

James added: “Working in high-fashion with Vivienne Westwood teaches you how to cut and design clothes in an interesting and playful way, everything that children’s clothes should be. When Billy arrived, we really started to see a gap in the market for a luxury clothing range for kids which was fun but still comfortable and wearable, so we started developing new silhouettes. Before we knew it we had a whole collection, a brand and a new business!” 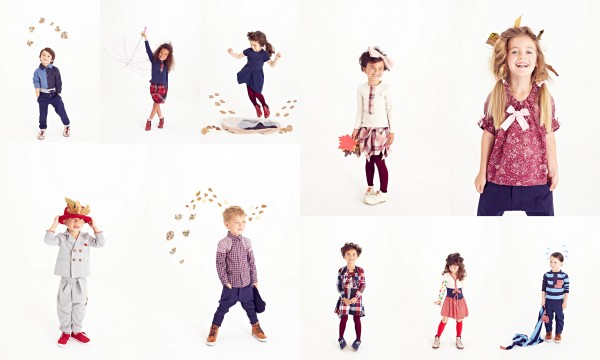 Their collection incorporates very unique silhouettes which are the basis of their designs. Mixing historical shapes with modern pattern cutting principles that are ‘en vogue’ as well as timeless through their originality, every item in the collection is considered in its detail and design.

Jessie continued: “No one out there is creating children’s clothes like us, from a design perspective, but we want to make sure that we combine fashion with comfort, as that’s the most important thing for children. That’s why we only source the finest 100% cottons from the UK, Portugal and Italy and choose the best manufacturers and mills that understand our idea of quality and design.”

Three years and six seasons later, Jessie and James’ collections are available in some of the most prestigious department stores in the world, including Liberty London and Harvey Nichols in the UK, boutique outlets and international stores in Japan, China, South Korea, Hong Kong, the US and Germany. The collection is also available online from two years right up to the 12-years age bracket, with the main focus continuing to be design, quality and wearability.

Jessie and James are enhancing their brand even further by not only looking to open a new flagship store in London, but by introducing exciting and recognisable new collections, developing new silhouettes and including a range of shoes, bags and accessories.

For more information about Jessie and James, visit www.jessieandjames.co.uk