Swiss watchmaker Breitling has partnered with the action thriller film Baby. Directed by Neeraj Pandey, Baby’s lead star Akshay Kumar and his strongman played by Rana Daggubati will be seen sporting the Breitling Cockpit B50 and the Breitling Avenger II timepieces. This espionage action thriller will apparently showcase the powerful built and brilliance of these timepieces. Breitling is a specialist of chronographs. Here’s a quick look at the watches you’ll see in Baby: 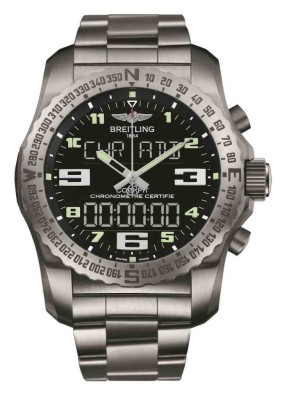 The Breitling Cockpit B50 is designed for aviators and is a multifunctional electronic chronograph equipped with an “in-house” analogue and digital-display calibre. Its Breitling Calibre B50, a SuperQuartz™ movement, is ten times more accurate than standard quartz and chronometer-certified by the COSC (Swiss Official Chronometer Testing Institute), the highest benchmark of reliability and precision.

Capable of performing multiple functions, Cockpit B50 is equipped with a simple and logical control system, featuring function-selection via crown rotation and activation/deactivation by two push-pieces. Interface messages appear on the screens and guide the user through the various operations. Besides the ‘pilot’ mode, there is also a ‘sport’ mode that temporarily reduces the number of functions available. A double press on the crown momentarily ‘parks’ the hands, allowing a clear view of both screens. The Cockpit B50 chronograph is resolutely technical, powerful and masculine, and an incredible “Instrument for professionals.” 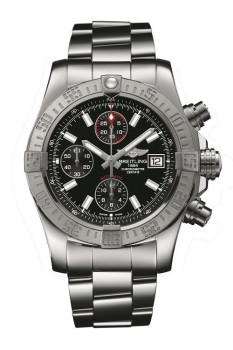 The Avenger by Breitling is known for its strength and reliability. The sturdy watch offers great shock-resistance thanks to its robust construction and its lateral reinforcements. The watch allows for maximum functionality and readability, with its large screw-locked crown and non-slip grip, along with a thick glare-proofed sapphire crystal and oversized hands, numerals and hour-markers. The Avenger II chronograph features a 43 mm diameter. It is water resistance to 300 m (1,000 ft.) and has push-piece guards screwed into the steel. It comes equipped with a mechanical self-winding movement chronometer, which also is certified by the COSC. The titanium caseback bears a conversion scale for Anglo-Saxon and metric measurements. This model stands out for its reliability, ergonomics and efficiency.

If you’d like one of these Breitling babies for yourself, you can find a dealer near you from here.