Top watch brands from around the world competed at the 6th Watch World Awards. Here are the highlights of the show.

Swiss watch manufacturer Greubel Forsey may only be little over a decade-old, but their Quantième Perpétuel à Équation won two of the most coveted awards of the night – Watch of the Year 2015 and Best Complicated Watch. While there may be watches out there with more number of complications, the jury decided the winner based on the beauty, simplicity and engaging presentation of the watch. Stephen Forsey, Co-founder of the brand, commented, “The entire Greubel Forsey team and I at La Chaux-de-Fonds are delighted that the esteemed jury of the Watch World Awards recognised and rewarded our hard work and the time spent on R&D to develop a special timepiece like the Quantième Perpétuel à Équation. It goes to show that collaboration between specialists and dedicated craftsmen come together to exhibit and pursue true sense of discovery in pushing the frontiers of traditional watchmaking to the future” 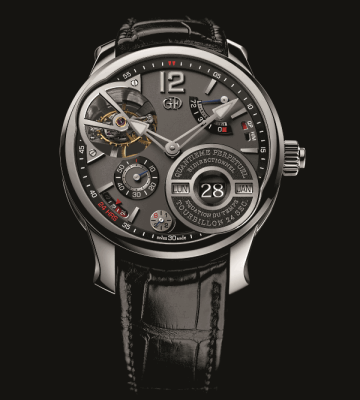 Bulgari is famous for its dazzling jewellery watches and it was no surprise that the brand picked up the award for Jewellery Watch of the Year for its Diva watches. The striking HYT Skull was selected for the ‘Watch with Best Design’ award.

The gorgeous Hublot Big Bang Broderie with fine St. Gallen embroidery won the Best Fashion Watch award. Zenith Academy Christophe Colomb Hurricane Grand Voyage II with gold-crafted elements in the movement and micro-engraving and micro-painting on it, bagged the Watch with Artistic Excellence award.The Watch World Awards jury also recognised the curious combination of diamonds and rubber in Excalibur Spider Skeleton Flying Tourbillon in Titanium by Roger Dubuis and conferred on it the Watch with Most Innovative Material award.

Citizen bagged for a second consecutive year the Watch with the Highest Utility award. Their winning watch this year was the Citizen Eco-Drive Satellite Wave F900, which is a multi-functional GPS satellite-synchronized watch with the world’s fastest satellite signal reception speed. 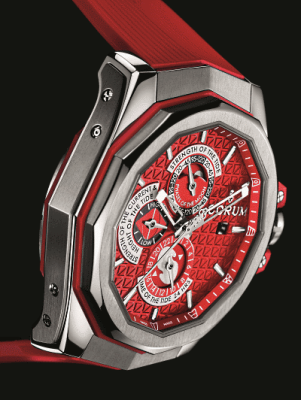 The diving watch Corum Admiral’s Cup AC-One 45 Tides  can tell time, strength and height of tides, strength of the currents, as well as the lunar cycle. It was crowned the Sports Watch of the Year at the 6th World Watch Awards.

The award for the Best Concept Watch of the Year was given to Breitling B55 Connected, which is a chronograph that can be connected to smartphones and thus offers exceptional functionality to the users.

Parmigiani Fleurier’s Bugatti 370 Victoire earned the Best Limited Edition Watch of the Year title. One of three watches launched to celebrate the 10th anniversary of Parmigiani Fleurier and Bugatti’s partnership, its design is formed by concentric Vs, alluding to Velocity and Victory. Parallelly, the design can also be interpreted as skid marks of a tyre.

“With each edition, the awards have been able to touch the right chord with the watch brands and watch aficionados across the world. Watch World Awards has attained the stature of being one of world’s most coveted award on horology with its six editions till date. The participation from the world’s top watch brands is a testament of our success over the years.  As always, we came up with an incredible jury team hailing from watchmaking, design, sports, collaborative art, marketing, to celebrate the art and science of watchmaking,” said Mitrajit Bhattacharya.