After about 10 years of being in production, the revamped Audi Q7 is likely to be launched in India in the third quarter of 2015. Here’s a preview of the 2015 Audi Q7. 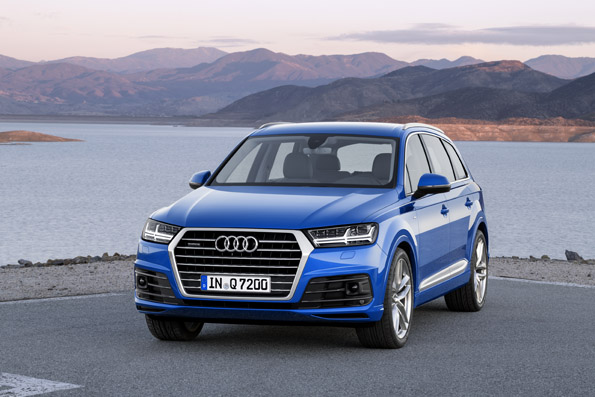 For those of you familiar with the Harry Potter series, I am sure you are aware of the character Rubeus Hagrid. I have always looked at the Q7 and called it the Hagrid of cars. It took me a couple of years to start liking its looks and slowly I grew fond of its sheer size. But just as I had started liking and talking about the Hagrid on wheels to my friends, Audi decided to refresh the car and add more zing to it. The mid facelift ensured that the ageing car maintained its appeal for prospective buyers. But for me it had again become Hagrid; there were more LED lights on this car than on my house in Diwali! However, just like the pre-facelifted Q7, the new car also started looking handsome with time to me. After about 10 years of being in production, an all new Audi Q7 is likely to be launched in India in the third quarter of 2015.

Audi was the last of the 3 big Germans to enter India’s SUV market. Audi was a full 7 years behind Mercedes and a couple of years behind BMW. The third generation of Mercedes ML has done fairly well in India thanks to its smaller and better priced 250cdi variant. The BMW X5 has been a leader in a lot of markets, but it has failed to shine in this part of the world. The Q7 on the other hand has had a very successful run in India. In fact media calls it the ‘Bollywood car’, because of the number of celebrities who own it! I am sure Audi secretly agrees and understands that the Q7 is the most important car for them on the other side of 50 lacs. In a way it is a flagship car for them, considering the A8 – which has more established competition in its segment than the Q7 – has never achieved the numbers Audi would have liked. 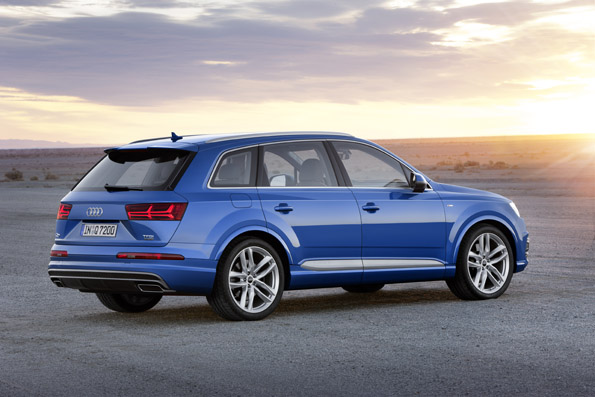 The new Q7 is based on the second generation MLB platform, which will also be used in the next generation VW Touareg, Porsche Cayenne and the upcoming Bentley SUV! The design language continues to be in sync with the rest of the line-up. The front of the car is dominated by a single-frame grille deeply sculpted with plenty of chrome and newly designed double arrow LED lamps. The side profile looks very familiar to the outgoing car, while the rear gets a squarish tail lamp design, similar to the A6 and A8.

I am not bowled over by the new design of the Q7; I assume it will again take me some time to come around to liking it. However, Audi has clearly tried to please everyone with the aesthetics of the new car. The old Hagrid has been trimmed and put on a serious diet of aluminum, which has resulted in a weight loss of about 325 kgs! This makes it a few kilograms lighter than our homebred Tata Safari! It is probably the only Audi that has gone on a dimensions diet and is 1.5 inches shorter and 0.6 inches narrower than its predecessor. The rest of the line-up has swelled with their facelifts. This might throw light on Audi’s strategy to appeal to a global audience, since a lot of European buyers prefer lean looking cars to excessively bulky ones. But in doing so Audi has not compromised with the interior space, unlike its old car, which despite its big exterior dimensions had surprisingly less space. Audi claims the new car might be smaller in dimensions, but it has significantly improved interior space. The seating arrangement continues to be the same 7 seater layout with a mammoth loading boot space of 890 litres when the rear bench is folded. 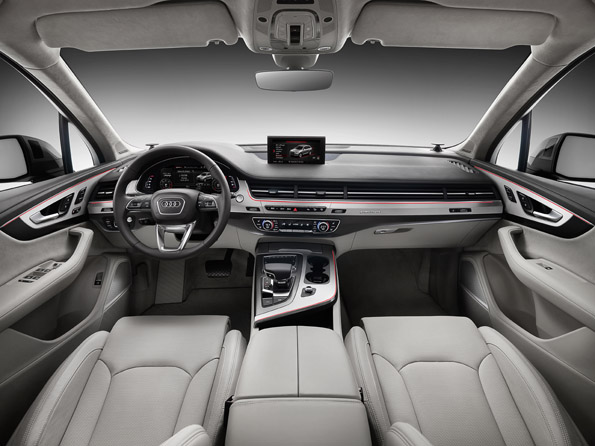 The interiors have been radically changed, which was much-required given the fact that the interiors haven’t had any major overhaul in the last nine years. The doors and dashboard have a merging wraparound effect and it gives a much sportier feel. The latest version of Multi Media Interface (MMI) will be offered, repositioned to the top of the dashboard. The new MMI has a special support interface for Android and Apple users to make the sync easier and more informative. The graphics on the instrument cluster and MMI are more dramatic because of a faster new generation NVIDIA processor. We can expect standard Bose music system with an option of upgrading to the 23 speaker Bang and Olufsen stereo. There could be a lot more options for rear entertainment and upholstery options, which we will only know closer to the launch date.

Audi will initially release the familiar 3.0 TDI (272 Hp) and 3.0 TFSI (333 Hp) with 8-speed automatic Tiptronic powering the standard permanent all wheel drive Quattro. There will also be a plug-in hybrid diesel with the similar 3.0 TDI engine producing a whopping 373 Hp and 700 Nm of torque. This will be launched a short time later and will be the world’s first plug-in hybrid diesel with all-wheel drive. We are assuming the 3.0 TFSI might not make it to the Indian showrooms, considering the bulk of the sales have always come from diesel. 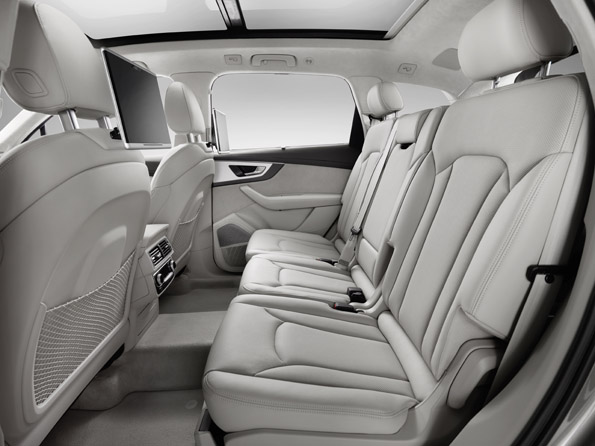 Audi claims the new Q7 might be smaller in dimensions, but it has improved interior space

However, the good news is that 3.0 TDI has a slight bump in the power of 32 HP and 50 Nm of torque, which after taking into account the weight savings, helps in reducing 1.5 seconds from 0-100 km/h over the current Q7 3.0 TDI! In fact it is even surprisingly quicker than the current Q7 4.2 TDI by 0.1 second to go from 0-100 km/h, which is an amazing accomplishment for Audi engineers. There will be a standard Audi drive select driving dynamic with adaptive air suspension offering seven modes: efficiency, comfort, auto, dynamic, individual, all-road and lift/off-road. There might be a standard or optional 4 wheel steering system for smaller turning radius and sharper handling at higher speeds.

With the new upgraded, leaner and faster Hagrid, we expect Audi to be more aggressive than ever in the SUV segment. There is no doubt that the old Hagrid has developed a strong fan base because of its immense bulk and size, but with the new specifications and performance looking so impressive on paper, we are sure the new car will be well received. However, for me and for a lot of people, yet again we have another Hagrid that will take time to like and love.